An App that Provides the Best Online Yoga Classes

Yoga is a discipline based in Hindu tradition that teaches someone to improve their body postures and control of their breath through meditation. Many people around the world have already tried doing yoga, and the results were astounding. It was reported that people who spend more time doing yoga end up being healthier and less stressed out.

The practice is also recommended for those who have bad postures, allowing them to restore their body postures. With the integration of technology to our daily lives, people have been looking for alternatives on how they can do yoga without leaving the comforts of their home. One of the best solution in the market as of the present is using Glo – an app that provides a different yoga experience and the best online yoga classes.

A Different Yoga Experience with Glo

Glo can be downloaded on the application store, and people have the option to try their free trial. The app has a lot of positive reviews on their website, with the users pointing out how satisfied they are with the services offered by the app.

One of the commendations states that the instructors with Glo are informative and knowledgeable of their practice, allowing the viewers to learn fast. People are also saying that the wide variety of classes available inside the app helps them choose the right techniques for their bodies.

The classes can be downloaded directly to the device, and it can be accessed even if there is no internet connection available. The customer service department of Glo is also reliable, with reviews pointing out how efficient they are especially if there are a billion issues. Glo is considered as the app that provides the best online yoga classes because of the advantages of using it.

One of the selling points for Glo would be their amazing instructors. The app managed to retain clients who have been using Glo for years, thanks to their knowledgeable instructors who are leading the classes. Having an interesting instructor for a yoga class generates income for the company, and Glo managed to hire the best ones when it comes to yoga.

The money paid for the service is worth it, especially if someone who is considered as the best in the country shows up on the screen, teaching new techniques that would provide relaxation and a better understanding of the practice.

Glo allows their client to experience yoga without leaving their homes, allowing them to gain traction and become widely known. Over time, it was recognized as an app offering the best online yoga classes.

What Can You Do Within the Application

People who are using the app include those who do not want to go outside and those who are burned out with the same practices offered at the local yoga classes. With the app, they can stay inside their homes, watching the videos and imitating the positions shown. It could save them a lot of money while improving their skills in doing the practice.

People who have been using the app stated that there are more than 3,500 courses available, and it has different lengths, from a few minutes to hours of yoga practice. Those who wanted to do yoga could simply select the video that they wanted to watch and follow the exercises shown on the screen. Among the styles included in the app is Vinyasa, which is one of the most popular yoga styles, along with Ashtanga, Hatha, Iyengar, Kundalini, and Yin.

Glo is a great app that should be downloaded on your device, and if you are willing to learn more about yoga, downloading the app would be a great thing to do. The app providing the best online yoga classes is user-friendly, and a lot of filters are available allowing you to choose your classes, the length of the class, and the instructor. 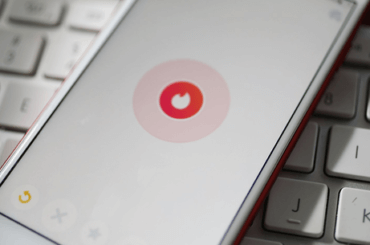 How to Promote Your Dating Site: Digital Marketing Edition