How to Install a VPN on Ubuntu

Ubuntu is a distribution of Linux OS. A distribution is an OS version whose foundation is Linux. There are hundreds of distros in the market, and some are free with user communities who guide and support each other.

Installation of a free Linux distro with little or no support options is intimidating to most users. Ubuntu is a distro of Linux and is a free OS that developers and users can install on their computers. Getting a copy is easy; all you need to do is go to the Ubuntu website and directly the OS. You can use a flash or USB drive or a CD to save the OS, and once you copy it, go ahead and boot the computer with Ubuntu.

In this digital era, we live in demands that we keep up with the latest technology, which keeps evolving. With this technological evolution come repercussions in the form of cybercrime. Data privacy is at significant risk, with the possibility of your data being accessed by malicious actors.

When protecting your data, the first step should be your choice of an OS. Most people choose Windows, which has become a malware target. Linux is more secure and reliable since it is open-source, and anyone can read and leave a comment on the code, meaning it has fewer bugs, threats, and vulnerabilities.

This does not make Linux perfect, and you still need to secure it further for data protection. One of the ways you can do this is to add a VPN (Virtual Private Network), a private network that creates a secure internet connection by encrypting all incoming and outgoing data. You can check out Redditor’s best VPNs and choose the best one for you, but before that, find out how to install a VPN.

OpenVPN is not a VPN provider, but an open-source protocol that acts as a conduit between the VPN server and the VPN software. Using the OpenVPN will help you to install VPN on Ubuntu by following these steps:

1. Check Which Version of Ubuntu You Have

VPN software is available in 32 and 64 bit, and the first step before installing a VPN on your Ubuntu is to confirm which version you are using. To check on the version, open the Terminal via the Cntrl + Alt+T shortcut or the Ubuntu Dash. Enter the command $ lscpu. The CPU op-mode will tell you which Ubuntu bit version you are using.

Update your system’s apt cache as well as packages to the current version to avoid issues while installing by running these commands:

3. Verify that OpenVPN is installed

Most Linus distros already have OpenVPN installed. Verify this installation by using the following command:

Easily install VPN in Linux by using the Network Manager, a compulsory package that allows you to import, and then utilize the OpenVPN config files. Install the package by these commands:

Select your preferred VPN service that you will use to set up the VPN on the Linux. You have to choose the OpenVPN configuration files of your preferred VPN service for this setup. Sign in to your VPN account to access your OpenVPN configurations. Check in the OpenVPN support slot (which happens to be different across VPN services) or Linux support. The files come in a Zip archive, and to run the VPN efficiently, create its directory by entering this command:

You can now set up the VPN via the Network Manager.

Close the Terminal, click on the Network icon on the top left of your screen, Click on Wired Connected and select Wired Settings. The Settings and Network tab will open, and you can locate the VPN heading, then click on the (+) plus sign icon adjacent to it.

The add VPN prompt will appear, and you can select the imported file. The OpenVPN settings will be imported, and you can now enter your VPN service username and password, and then save.

Using a VPN assures you that your data is secure from cybercriminals. Since Ubuntu is open-source, it has fewer vulnerabilities, but you have to back it up with the VPN to make it safer. Using a VPN secures your location and hides your IP address, which goes a long way in boosting data security. When installing a VPN, check which Ubuntu version you are using for the sake of compatibility with the VPN configuration files.

Install Ubuntu On VirtualboxVPN on Ubuntu 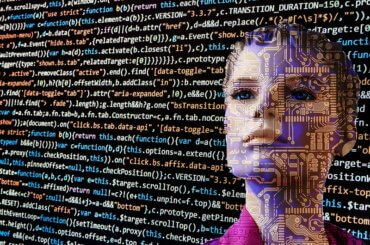 How to Remove Avast Online Security from Internet Explorer/Microsoft Edge 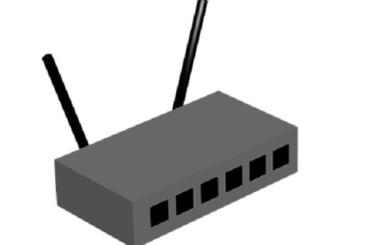 How to keep your browser history private when using office wifi ?