The world of luxury watch brands can be daunting to learn for amateurs. But if you’re one to be a fan of watches and want to learn more about them, it’s high time that you get a little education on some of the obscure brands in the luxury watchmaking world.

While Audemars Piguet has Royal Oak under its belt, the other collections from the brand aren’t as popular. But that doesn’t mean they’re less than valued or are subpar timepieces. Quite the contrary, in fact, because some of its better lines like the Jules Audemars chronometer are often overlooked.

Audemars Piguet, or AP for watch connoisseurs worldwide, also has a long history of making classic, reliable, luxury timepieces. The chronometer line from the brand is particularly an exceptional entry point for collectors. The watches in the Jules Audemars collection also do not kid around when it comes to aesthetics, so you’ll be sure to get the most bang out of your buck when you decide to get one.

Tudor isn’t the brand anyone would think of when we talk about Swiss luxury brands, but the Rolex offshoot company has been killing it by making some key changes in their presentation and specs. Trust us when we say that you won’t find more sporty and elegant watches from anywhere. Well, except maybe when you’re buying Rolex.

One of the better choices from this brand is the Snowflake Sub, which perfectly displays the company’s watchmaking abilities. And while you can’t find this watch anywhere brand new right now, there are still used ones you can find in several watch repositories online. The Black Shield is another exceptional timepiece under the brand’s umbrella. It features an in house caliber self-winding movement. Not too shabby for an offshoot brand, huh?

Every single watch connoisseur knows the wonder that is Seiko. For decades now, the brand has constantly churned out some of the best automatic watches in the world at affordable prices. It’s luxury arm, Grand Seiko, has been doing the same as well, albeit with lesser pizzas. What sets apart Grand Seiko though, is its focus on the Spring Drive movement, which is one of the world’s most advanced movements.

Every watch from the Grand Seiko brand is completely hand-made, and therein lies the level of craftsmanship that you should know. The prices from this brand are quite the separation from its parent’s company’s pricing, as the flagship watches can fetch astronomical prices the likes of its Swiss counterparts. If you do decide to get one from this brand, though, go for the Snowflake model.

Girard-Perregaux is only ever heard of in the initiated circles, and even then, most of these enthusiasts only have a surface knowledge of the brand. But don’t misconstrue its apparent unpopularity to unlikeable watches, because the brand actually produces some of the most stunning formal timepieces in the world—case in point, the Vintage 1945.

Constantly rated as one of the most underrated Swiss luxury watchmakers, Blancpain has had a phoenix-like rebirth after the quartz revolution. The Fifty Fathoms collection, in particular, is not only a gag-worthy line but also features some of the best diver’s watches with complications in the entire world.

Knowing these brands widens your choice when it comes to finally getting a luxury watch. For one, you’ll have a greater understanding of what to look for in style, features, and value. Most luxury watch brands will have you spend lots of money, so researching for the brands that give you the most bang out of your buck is imperative. 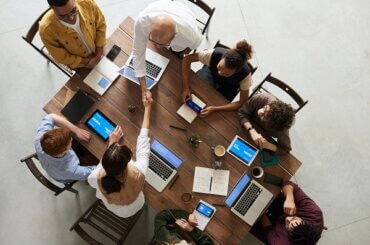 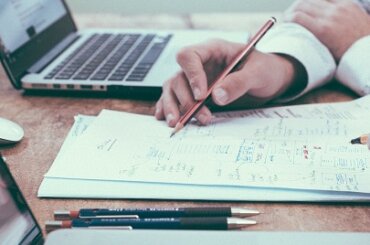