In an attempt to satisfy regulators in Colombia, Uber has made changes to its app and returned for business in Colombia. It’s only been three weeks since the ride-hailing app company decided to stop operating in Colombia, but now it’s back – and with a few changes that accommodate the requirements of authorities.

Uber’s app began working again for people in Colombia on Thursday, and it explained in a statement that it had made the appropriate changes to the business model to fit in with Colombia’s rules and regulations around the competition in that sector. Uber explained that they had taken some time to rethink how they operated, and continued by saying that they were going to let the user hire a car with a driver.

The app is now designed to be the middle ground between both parties so that they can decide on a contract together. When the app was relaunched on Thursday, users would have noticed that there was something different. A further step in the sign-up process involved users clicking to confirm that they were happy to sign a rental agreement.

However, at the time of Uber entering the Colombian market again, it wasn’t clear whether this change was enough to satisfy local authorities. Taxi drivers in Colombia are still feeling disgruntled, and have completely disregarded the changes, believing that Uber should still be banned as it is too unregulated.

Uber decided to draw back from Colombia on February 1 after it had been ruled in court in December that the company had violated competition law. Uber believed that the ruling was ‘arbitrary.’ It has been in operation in Latin America’s third-largest country since 2013. It even had planned as of last year to construct a support center there. However, it has since put these on hold.

Currently, Uber has over 80,000 employed drivers in Colombia, and 2 million people actively using the app. The government believes that it needs to be officially registered as a transport company. When Uber made the decision to part ways with Colombia in February, rival services including Beat and Didi Chuxing swept in. However, their respective futures also seem to hang in the balance, following Uber’s time in court.

Ivan Duque, Colombia’s president, hasn’t enjoyed the dispute with Uber, as he attempts to include more and more technological and creative industries as a part of Colombia’s economy as a whole.

The Difficulties of Breaking Into a New Market

Uber isn’t the only company to come up against issues from being in a foreign market. Bolstering your business to make sure that it doesn’t fail when scaling or expanding is risky and challenging. However, if you can pull it off, the rewards can be limitless.

One thing that you need to make sure of when thinking of scaling a business is funding. Many businesses fail to break into new markets not only because of local regulations but because of a lack of funding. There are plenty of title loans online that can bridge the gap from one market to the next. 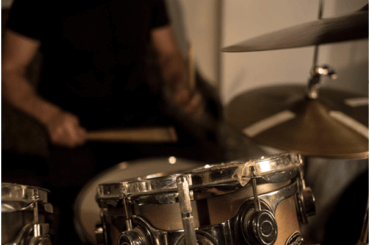 Is a Drum Rug Worth Purchasing?